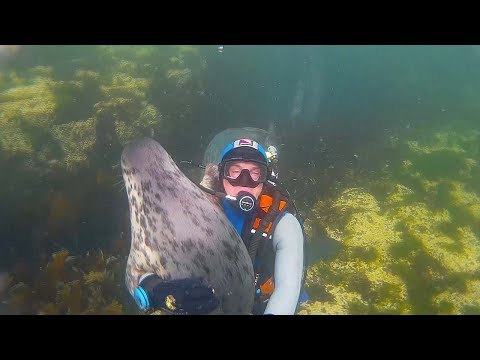 Hey everyone! I hope everyone has done well during the recent run up. In this episode, what appears to be a somewhat desperate FUDing attempt against Ethereum/Altcoins by an OP who is eventually told to 'get some sleep'.
Post by (user) 预测大神有点傻 on 6/13/16 【比特币暴涨最神警告】大家请进，信不信由你 "The Most Secret Warning about Bitcoin's Boom" Everyone's Invited, Believing or Not Is Up to You
不要碰姨太，有姨太抛姨太 不要碰山寨，有山寨抛山寨 信不信由你，有些事情不想告诉你
Stay away from Whorethereum, if you have it get rid of it.
Stay away from Altcoins, if you have them get rid of them.
Beileving or not is up to you, there's some things I wouldn't like to tell you.
(user) 预测大神有点傻 [OP] 山寨庄家急着想套现，买比特币，所以宣传山寨


Altcoin dealers are looking to cash out, and buy bitcoin, so they're shilling altcoins.


Only whales are playing with Ether, the ICO raised over 15 million USD, an estimated 60,000,000 Ether, making for a low number of holders for the coin. Let's figure including these 60,000,000 coins, with an annual creation rate of 18,000,000, according to this current price, each year requires 1.8 billion in buy orders. There was a bit of an uptick yesterday, then it pulled back instantly, it's like theres a lot of people waiting to unload.


A majority of the alts haven't dumped yet, I don't wanna get fleeced.


Yeah well, they're (the whales) just waiting for you to take short-term gains and buy Bitcoin, so that they can corner you, fleece you, and realize profits.


You can buy altcoins


What's so terrible about Whorethereum?


You can mess around with altcoins that have good technology, just stay away from the pyramid schemes.


You should buy some more and hold


To tell you the truth, if we're speaking from a future outlook and technological aspect, all the altcoins in the country combined are nothing to Ethereum. However, speculating is inappropriate, it's like if everyone of you is thinking the same thing, that if Chinese people don't see it as good, then there won't be people to speculate on it. The reason Chinese people don't see it as good, is a result of propaganda from a few of China's blockchain "experts". When these experts estimate the price, they'll use price valuation methods to determine the coins they think are bad, but for the coins they'd like to speculate on, they'll spread propaganda, and completely ignore the price valuations. Just look at IPOs, everyone's IPO at least came out of some kind of research. China's altcoins are nothing more than a few basic uses and concepts from the blockchain, after people found out that money could be made, now everyone has an ICO, everyone is an angel investor and everyone is listing companies.


When we do our research, we focus on speculation. Utilizing these domestic players (coins) is in its infancy, and it's blind. If you don't believe me, I can give you a few examples.


Want your wealth to rise? Altcoins you should buy!


(user) petaflops [response to above] 发财买山寨，投资买比特


Buy altcoins for wealth, buy Bitcoin as an investment


The price isn't going down, it must be at a high resistance level


You could buy altcoins, if you wanna die...


Ether still has a lot of potential guys, after all, aside from Bitcoin itself, Ether is the only one (altcoin) that can replace it (Bitcoin).


Ethereum has reached a new high yet again.


and yet it has no value, and yet there's an unlimited amount, and yet when it crashes you'll die.


have a shower and get some sleep landlord! ('landlord' is their term for 'OP')


Alright, well I'll take a look, but I'm determined not to get fleeced for chasing gains.


The unlimited volume of centralized Whorethereum will be most easily replaced by an even better second mistress.


That's right, it's a bit risky (in response to '1.8 billion calculation' user)

Another fear is that a central actor could take over the Bitcoin computing network – but the combined Bitcoin distributed supercomputer runs at the equivalent of 2,250 PetaFLOPS, 90x the rate of the fastest supercomputer (note – in Nov, it’s now 48,000 PetaFLOPS!), and consumes an infinitesimal fraction of the resources used by a bloated banking system. Many label it as a speculative ... At any given moment, Bitcoin's peer-to-peer network contains thousands of computers linked together to generate more than 1,000 petaflops of raw computing power. Bitcoincharts is the world's leading provider for financial and technical data related to the Bitcoin network. It provides news, markets, price charts and more. Bitcoin Network Petaflops Bitcoin Hashing Rate Bitcoin Prediction Charts Bitcoin Network Petaflops What Happened To Bitcoin 2016 Using Bitcoins Silk Road Bitcoin ... Bitcoin value in terms of hard currencies are wont to fluctuate by 10 per cent or more a day. On 4 December, one coin was worth over $1,100, two days later it was under $700 and two days after that back at $900. You can see values double and halve almost weekly. Some hardware is bought in Bitcoins but there has been a trend to dollar pricing, even from European vendors.