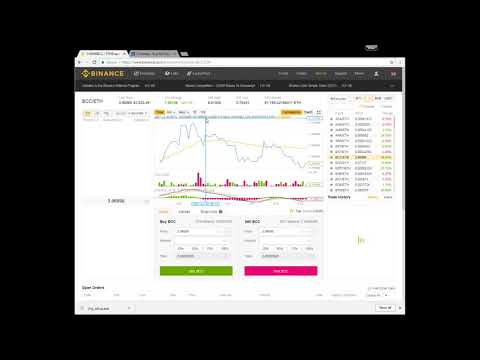 '''
Many things have been said about the champions who have been at the forefront of making things happen in the crypto space but not much has been known about them. The list below and the descriptions indicate the biggest companies in the industry not only by valuation and capitalization but also by goodwill and corporate presence both online and offline as well. They shall be listed in no particular order of preference.


Ripple (Valuation of about $5 Billion)

Many people have heard one way or the other about [Ripple Labs Inc]1 . It is widely associated with the now popular [XRP]2 token as it uses this coin in its solutions. Ripple Labs owns and runs RipppleNet. Driven by what is referred to as the Ripple Protocol Consensus Algorithm (RPCA), RippleNet is used for all kinds of transactions between financial institutions but with the introduction of new tools different kinds of platforms will be able to run off it making Ripple be not only the darling of the financial services sector but also to be one of the cryptocurrency companies to watch out for come next year. Ripple has been [tipped]3 to be worth about $5 billion.

While [Circle]4 is quite popular these days with its hands in many pies in the crypto space, this cryptocurrency unicorn started out as a service where you could buy [Bitcoin]5 with credit card and has grown to be one of the most dynamic organizations out there also with its own stablecoin USDcoin which is tied to the United States Dollar. Sources indicate that Circle achieved its $3 billion valuation after a funding round of about $100 million last year.

Now everyone knows that [Bitmain]6 is by far the largest cryptocurrency corporate organization by sheer size and valuation. Owning the world’s largest cryptocurrency mining facilities and being a major hardware manufacturer of cryptocurrency mining equipment, Bitmain has overtaken just about everyone else to be at the top when it comes to valuations. This does not mean however that it hasn’t had its share of corporate issues. Sources [estimated]7 last year that the total valuation of Bitmain stood at $12 billion.

[Binance]8 is quite popular in the crypto space as it is one of the most popular cryptocurrency exchanges at the moment. Its premier position in terms of trading volume (as the second largest) has only made it more obvious that it holds the top spot in the hearts and minds of many within the industry. Apart from trading cryptocurrencies, Binance is also known for other products such as [Binance Coin]9 and its decentralized trading blockchain Binance Chain. CEO Changpeng “CZ” Zhao has [indicated]10 that Binance is worth at least $ 2 billion or more.

While maybe not many new people know about this particular cryptocurrency mining company, Canaan Creative is also one of the leaders when it comes to cryptocurrency mining. Even though the company itself hasn’t been dong well as of late, it is still punching above its weight when it comes to having superstar status. Reports have it that the recent [IPO]11 places it at a little over $ 2 billion.

We all know [Coinbase]12 and its cryptocurrency exchange platform were one way or the other going to be on the list. With other products such as the recently introduced Coinbase Prime, Coinbase Custody and even Coinbase Commerce, Coinbase is indeed on a curve to grow exponentially. So much so that the cryptocurrency exchange put its [valuation]13 at $8 billion last year after finishing its series E round of financing.

With an innovative cryptocurrency trading platform that offers more than the usual trading of cryptocurrencies ( futures and perpetual contracts as well), [BitMEX]14 enables traders to use the necessary leverage to enhance the potential for profit as well. Reports [indicate]15 that BitMEX is worth $3.6 billion from last year although other reports contradict this and put the valuation at around $1 billion.

[Robinhood]16 has created a more centrist appeal than many other cryptocurrency trading platforms. This has led to its massive success as its main focus are the millennials. Robinhood took off in the beginning as a fee-free stock trading platform. Its valuation at around $7 billion was [reported]17 earlier this year and this, of course, makes it be a force to be reckoned within the industry.

[Block.One]18 has been one of those organizations that have scaled through all the odds when it comes to corporate-startup challenges. Being a contender for the throne of king of Decentralized Applications, Block.One it has been [reported]19 has a valuation of about $3 billion with a significant majority of its holdings in fiat assets surprisingly for a company that rules its share of the crypto space.

[Kraken]20 is one of the premier cryptocurrency exchanges. This goes without saying that the recent [acquisition]21 of a futures trading platform and the closing of its last [funding round]22 to the tune of $13 million had quite a bit to do with its recent $ 4 billion valuation. It has, of course, raised the bar for the cryptocurrency trading platform whose future had reportedly been in the doldrums prior to the acquisition and new funding round.


Is It All about Money?

General info and list of exchanges for Metronome (MET)