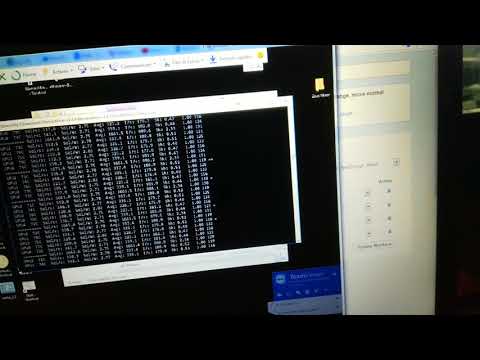 BCH nov15-dec15 update . BCH moves along and claims its #4 place back on CMC

​
https://news.bitcoin.com/hash-wars-bch-proponents-face-a-new-dawn-in-the-battles-aftermath/
​
​
35 days later after the fork, Bitcoin Cash supporters are working towards moving past the hash war that took place a little after the scheduled BCH upgrade on Nov. 15. Now both networks are operating and the Bitcoin Satoshi’s Vision (BSV) coin has its own price ticker and market capitalization listed on data sites like Coinmarketcap and Satoshi Pulse. A portion of crypto-trading platforms have now listed BSV as a separate currency and the entire ecosystem of exchanges, payment processors and a great majority of wallets have awarded the ABC side of the chain the BCH ticker. At the time of writing, the global average price for BCH is $144 after markets jumped 47 percent on Dec. 19. BSV spiked 18 percent this Tuesday and each coin is currently trading for $92 per token.
​
Since the fork, the BCH network hashrate has dropped considerably, even more so than the 50 percent loss BTC suffered this past month. Average hashrates for a great number of SHA-256 algorithm coins have endured deep drops in processing power according to global statistics. The Bitcoin Cash hashrate used to command a rough average of 5 exahash per second (EH/s), but now only captures 1 EH/s to 850 petahash per second (PH/s) on a daily basis throughout this month.
​
On the bright side, the BCH network has been 5-8 percent more profitable to mine than BTC over the last two days. Further, BCH has amassed a large swathe of different mining pools that are processing BCH blocks on a regular basis. This includes Viabtc, Btc.com, Antpool, Multipool, Bitcoin.com, Btc.top, Waterhole, Copernicus, P2pool, Ckpool, and some other unknown mining entities as well.
​
Another BCH metric that has halved since the fork on Nov. 15 is the cryptocurrency’s daily transaction rate over the last month. Before, bitcoin cash transactions per day were about 20,000-25,000, whereas today that number stands at roughly 9,750 over the course of the last 24 hours. Over the last three weeks, the BCH daily transaction rate has been averaging 10k per day, with a few instances of 15k-22k spikes here and there. There has been a steady increase in daily transactions week after week, and with 99 percent of BCH infrastructure back in order, this should continue.
​
A good example of this behavior is the increase in BCH price and trade volume on exchanges over the last few weeks. Pre-fork BCH trade volumes captured anywhere between $400-900 million worth of global trades every day. After the fork, this statistic dropped to around $50-100 million daily on global exchanges. This was because some cryptocurrency trading platforms with a ton of bitcoin cash liquidity had paused BCH transactions and some exchanges halted trading. Week after week, however, global BCH trade volume has been steadily increasing on exchanges like Upbit, Binance, Huobi, Lbank, and Coinbase Pro. With the 40 percent increase over the last 24 hours, BCH trade volume has jumped to over $400 million in global trades on Dec. 19. At the time of publication, this makes BCH the seventh most traded digital asset out of the entire crypto economy.
​
The Bitcoin Cash community had also suffered from daily battles on Reddit’s btc forum and social media platforms like Twitter. A good portion of the trolling and infighting seems to have quietened down, and most BCH supporters are just trying to move forward. There’s been plenty of developments since the fork, with projects like Electron Cash, Honest Cash, Cash Shuffle, and Openswap adding more utility to the BCH network. Furthermore, BCH enthusiasts look forward to the upcoming BCH upgrades that are under discussion and they can track the code’s development too. For now, BCH supporters are extremely pleased that the fork is behind them and are thrilled to reclaim fourth position among all cryptocurrency market capitalizations.

The platform is starting with Bitcoin mining. “Binance Pool seeks to complement the existing Binance exchange by providing users with mining services. Income from mining can be directly tradable ... Bitcoin Wallet oder 'Schildbach Wallet' war die erste mobile Bitcoin-Wallet. Bitcoin Wallet ist sicherer als die meisten anderen Bitcoin-Wallets, weil sie einen direkt mit dem Bitcoin-Netzwerk verbindet. Bitcoin Wallet hat ein simples Interface und genau die richtige Menge an Funktionen, die sie zu einer großartigen Wallet und einem großartigen Lernhilfsmittel für Bitcoin-Anfänger macht. The Bitcoin.com mining pool has the lowest share reject rate (0.15%) we've ever seen. Other pools have over 0.30% rejected shares. Furthermore, the Bitcoin.com pool has a super responsive and reliable support team. This is done because many of the miners will mine other currencies only to exchange the rewards into Bitcoin. The real beauty of multipool is merged mining. Merged mining is also able to provide proof of work for compatible coins. Most Profitable Multipool. Coinking was one of the most profitable automatic profit based coin switching pools, according to PoolPicker, and currently, it is still ... Binance Pool is a comprehensive service platform dedicated to improving the income of miners. Binance Pool provides mining services to users with a focus on PoW and PoS. As an important part of the Binance ecosystem, Binance Pool makes full use of its advantages in technology, capital, the exchange business, industry resources, and other areas in order to offer its users not only the ultimate ... Mining pools for GPU altcoins with Calculator - Equihash, Equihash 144,5, Ethash, Lyra2z algos Binance has brought features from the decentralized finance into its centralized ecosystem by launching the new automated market maker (AMM) pool today. Dubbed Binance Liquid Swap, the new service will allow liquidity providers to earn interest and income from trading fees, similar to the offerings of the recently boomed DeFi platform Uniswap. The Most Diverse Audience to Date at FMLS 2020 ... Earn passive income with Quadency trading bot. Connect Binance account and use Quadency bot for 6 months completely free. Hurry up, this deal is not around for long! With time and with spread of stronger and stronger ASIC devices, individual Bitcoin mining kept being thrown in the background. As things stand, it is really not worth it to attempt to individually mine out Bitcoin blocks. The ... Mining pools for GPU altcoins with Calculator - Equihash, Equihash 144,5, Ethash, Lyra2z algos Bitcoin Mining Pools Explained and Reviewed. By: Ofir Beigel Last updated: 5/2/20 In this article, we’ll examine the top five Bitcoin mining pools. It’s worth noting that this article is about mining with your own Bitcoin mining hardware and not cloud mining.. Best Bitcoin Mining Pools Summary